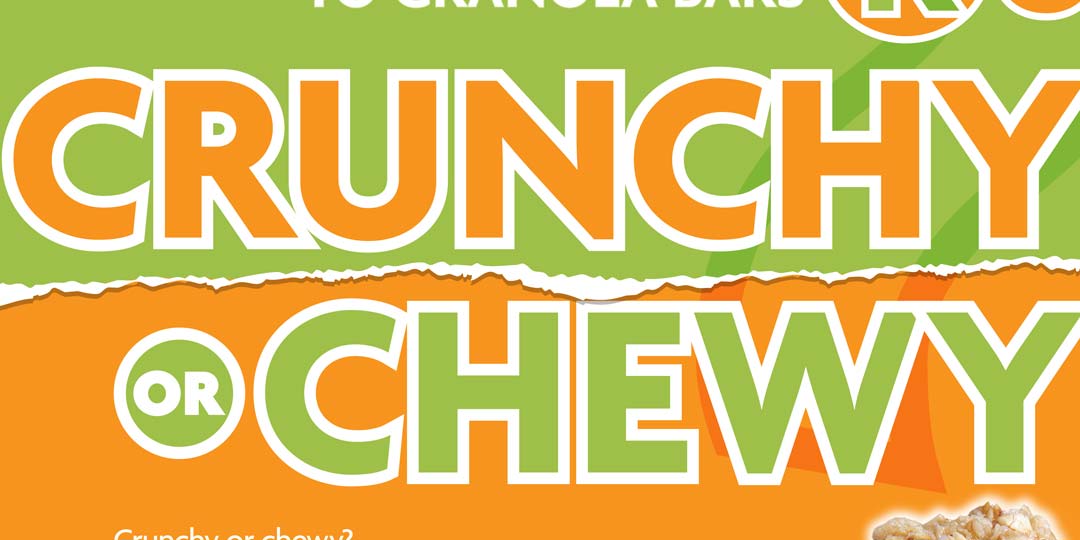 Nature’s Path had always made chewy granola bars. With the introduction of their new crunchy granola bars, they wanted to do some informal testing to see how many people preferred their crunchy and how many preferred their original chewy bars. Working with a local independent theatre chain, we developed the “Crunchy versus Chewy Promotion”.

The promotion featured in-store, point of sale posters, round posters, and round promo buttons.

As they entered, moviegoers were given samples of both types of granola bars and asked to vote for their favourites via SMS messaging. At the end of every show, one person was drawn from entries received and won either a “Crunchy Movie Prize Pack” or a “Chewy Movie Prize Pack”.

After a few evenings, the answer to our question was pretty clear. — The promotion showed the bars were equally liked by moviegoers.

The test built confidence for a national rollout of the bars as well as augmenting the Nature’s Path mailing list and database for future marketing efforts.